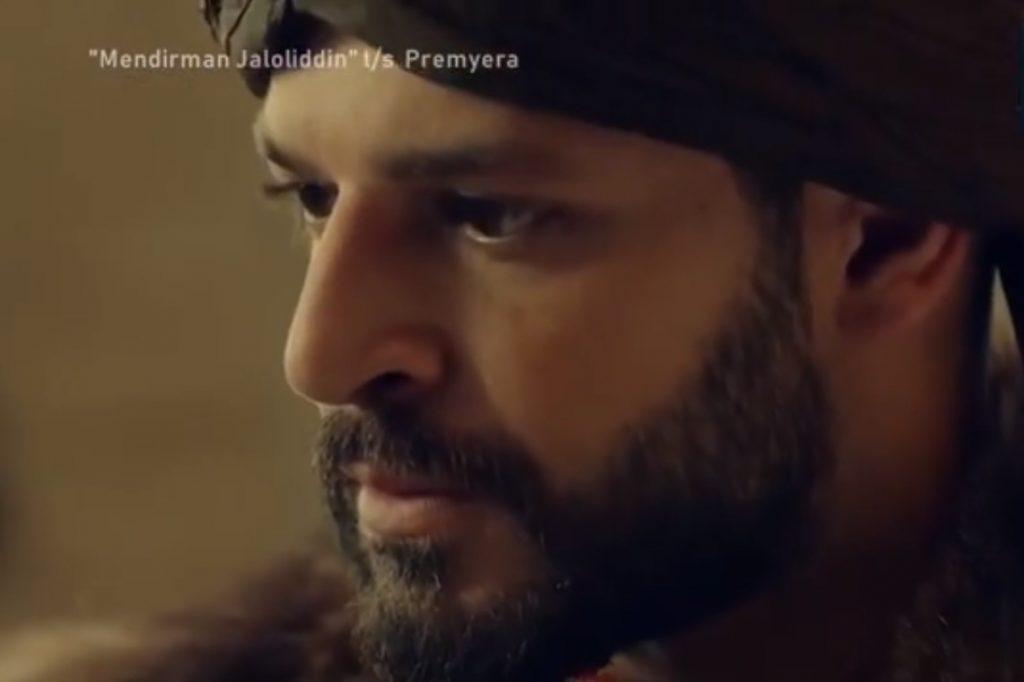 This episode of Nazareth started in a horrible way.In which Jalaluddin with the help of his bravery caught a lion.Timor-Leste
He says that all the hunters will be surprised to see.Only one soldier comes and says In the palace of the queen, yours and Timur’s country
WaitingJalal al-Din says let’s go.After a while, Jalal al-Din,Timur Malik and Spa arrive at the palace.Jalal al-Din greets the queen as soon as he arrives The Queen greets and says goodbyeYou grabbed the lion and made me proud
have done.Laladin asks the spa,
Is my tent ready?The spa says he is ready.A little later, Jalal al-Din,Timor-Leste
Malik and the two heads gather in the tent of the Sultan besides Al-DinThe soldier shouts and says, “Sultan!”
The religion is in turmoil.Sultan Alauddin says as soon as he arrives I wish our eyes could see and hear.That the fire set by Genghis Khan has pread and spread in all directions He will destroy Sarah and the nation.A head speaks, my Sultan! What did we do
Was knownGaining so much power can be a catastrophe for us.
Gaining so much power by a common man can be a catastrophe for us.The two heads speak to me
Sultan! We know That Genghis Khan’s army is advancing towards the frontier, and it seems so.And it seems so That great man whose name is Kachlak
Khan is chasing him.Timur Malik says, “My Sultan! I have an idea.” That he should also fight with this khakta khan Genghis Khan will pay easily.
I think he will take over and take over.In addition to the Sultan
They stand up and say he is attacking So he will change the place of the arrows in you.Jalal al-Din says, My Sultan!The danger of Genghs Khan is increasing day by day.It is being heard from all sides.The fact is that he is a commander in chief
Is.Opponents lay down their arms in terror before confronting him.Opponents take up arms against his terror even before he confronts her
Let’s put it.It must be eradicatead from the hearts of the people.One of the heads speaks of Arjalal al-Din and says That the people will not be defeated until the enemy is defeated in this battle
Fear of hearts will not go away.Jalaluddin says war is not fought with weaps alone.Our celebration is with such a shaman
Is Which is equal to one thousand.
He, along with a handful of Mongols, wiped out many or all of them.That’s why we are so big
I will not fight with this shaman by thinking.Sultan Allauddin says you are right.Sultan Ala-ud-Din Timur to the country
They say That you, as an envoy, should go to Genghis Khan and tell him That our intentions are good and you are our strength
Will tell you about Timur Malik says that the order!Jalal al-Din says, “My Sultan!”I should also join the delegation of the envoy
I want Sultan Ala-ud-Din says no, stop at the palace.On the other side, Genghis Khan reaches a mountainous area and says That you had promised blood and victory in the East? Tell me if you are weak.Is Maghrib also waiting for ?And when a disaster strikes, don’t be afraid to tell it when it’s coming.Then an old man comes out of a pit and says I see the uncertainty of defeat, the youthful journey and the price of death.Genghis says that you are saying that I will be defeated.Who has the power to stop Genghis Khan?The old man says he is a brave man.I don’t know about that anymore.