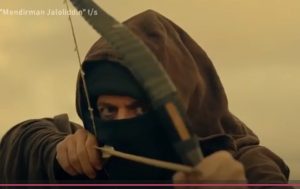 Jalal al-Din says to the soldiers If I bring a woman, will you not mark her?

The spa is silent Goes

Jalal al-Din says, “Are you the army of Khwarizm Shah?”

The spa says yes! Jalal al-Din says: Are you lying? What kind of woman are you?

Then Jalal al-Din said to some of the soldiers, “Stay away from them.”

And the rest are not the soldiers of the Sultan

Jalal al-Din is the soldier who says go to the Sultan and tell him that these soldiers have been captured.

They will not fight against other women.

The sultan is treated in his room by a sage.

The soldier comes in and says that the prisoner has been tortured.

Then the Sultan’s health began to deteriorate and he said How can I rest in the palace where the killer is?

On the other hand, Hassan Sabah says that Sultan is on his death bed Jalal al-Din is preparing an army for the state.

Then he says that even this is just the beginning.

Every Genghis Khan tells his son that they attack the enemy face to face.So that’s a loss for the soldiers.

Genghis says it will be useless.

This is nothing more than a loss to the soldiers.

You should not underestimate the shaman.

They should always be understood more than themselves.

Genghis says if a boy falls in love with a prince Or if Shahzad is drinking from a boy, then our plan is working.

If she reveals the boy’s secret then it is against me.

Every Jalaluddin says we will not fight against women.

We have to stop them from entering the palace.

Nor will we shed the blood of our brethren. that’s not fair.

Every brother of Azlakshah goes to the bazaar with his soldiers.

Each one of them sees a person who is very careful and cautious.

You doubt it. You say they look suspicious They spoke without saluting.

You go after them.

Shams-ud-Din is called Jalal-ud-Din The woman had locked herself in person before leaving the room.

After a while, he realized that he had lost his temper

After the woman left, the boy secretly entered the room.

Jalal al-Din says, “How do you know that she has fought?”

Shams-ul-Din says that only a woman can go to a woman’s room.

You say he can be a haram man.

Shams-ud-Din says that he had told Hassan during the interrogation That he had secretly brought a girl to the palace.

“We live in the same palace,” says Jalaluddin.

But can’t meet you

You are in for a rude awakening.

But you also have to take care of yourself.

Every one of your brothers is on the side of this person, you say

If anyone passes by us, we have to keep an eye on it.

Every Jalaluddin says that I have to face the traitors.

They have come to our city and made their home somewhere.

They have brought a boy to the palace and saved the net for my grandmother.

He is in our midst.

They have changed the face of innocence and are calling us their friends.

She says, “May Allah protect us from such people.”

On the other hand, Azalak Shah comes to the queen and speaks openly Sultans besides Al-Din greet their beloved and Al-Din.

The queen comes out of her tent.

“Have we raised our swords for war?”

I did not look for any support yesterday and my sword is not bloody.

I have not made any excuse for the throne, nor have I done anything wrong.

If the development of the state and the well-being of Muslims is harmed by something And your heart is hurt.

If my sword harms the state.

So it is as if the state has been attacked by someone And if my son and daughter-in-law are affected by it, then I am I will consider myself unlucky.

If my son and daughter-in-law accept the invitation and visit the palace.

There is no doubt that the state will remain the same And the future is strong.

But if you live in your tents and continue to be full of troops Then the state will treat you as it should.

If you choose to do what you want, you should grieve instead of the soldiers.

And she says I just want to answer your question.

Killing says I am ready to be your partner.

Every time your brothers and soldiers go after him and there is a fight.

Jalal al-Din also reaches them and takes one prisoner.

On both sides, Sultan Alauddin is named after Jalaluddin in his sleep.

Every one of them is shooting an arrow at the Shaman Takir.

And they come face to face with the arrow and Nazarin ends this episode.