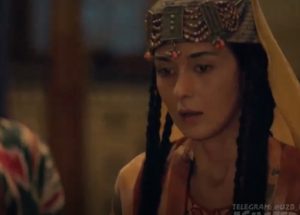 Jalal al-Din brings this toad to the palace And the blood and the lions are given to the women, which makes them both come to their senses.

Then he says that we have to find out the breed of this snake.

After a while the sage comes And Jalal al-Din is very angry with him.

Hakim says that I was stopped by another woman.

Jalal al-Din says Treat them as soon as possible.

Then the sage says that they will have to bring herbs to cure them.

Jalaluddin says angrily that he is not in the palace So the sage says, “Yes, there are no people in the palace.”

On the other hand, two women see this snake And she catches it They bring the snake to Jalal al-Din.

Jalal al-Din brings this snake to Timor-Leste And they say, “Find his master.”

The Timurids take this snake to the market.

They make a fortune in the market To catch this traitor

In the same way, the woman comes to the market to pick up snakes.

The soldiers suspect that this is the woman. Then they catch her And they take every piece of it from him.

Then Timur al-Mulk brings this fracture to Jalal al-Din

Then Jalal al-Din finds out If Bahram has a hand in this conspiracy, then you come to his side.

On both sides, Sultan and Al-Din have gone hunting.

You meet your spouse there He tells her all about Genghis Khan.

Then the Sultan called it Allauddin Saying that you are here, you leave.