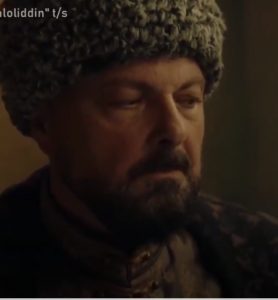 On both sides, Timur al-Mulk comes to Bahram And the soldier is said to have told him about the finger.

Spa says he didn’t tell or will tell.

However, he says, “I will never tell you where the finger is.”

Then Timur tells the country soldier to hold him firmly.

Then they put a dagger in Bahram’s mouth and took out his finger.

Then they say, “Okay, this is a finger,” and they say We will use this finger for a larger purpose.

On the other side, there are high-pitched women who come into the room.

They see that there is no Jalal al-Din She asks Katlu where he is.

She says I don’t know The high-ranking woman says that if the daughter is not punished, she will be harmed.

Every Jalal al-Din arrives in Samarqand with his soldiers.

And if they do not eat, then they return to the place with which they come to meet.

Then they turn around and take them to a forest.

They also include Timor-Leste Then they all walk together to catch the dog.

But they do not know that the dogs have set traps in the forest.

And because of this, some of their soldiers are killed.

Then Jalal al-Din used this forest against him Use And they save a net.

He is told that he will be taken to Genghis Khan.

the Sultan We caught the dog

Then you come to Bahram and kill him.

He brings it to Genghis Khan Instead, they take Jahangir away And then the installment ends.