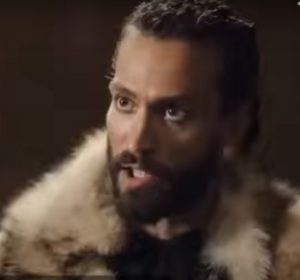 In the beginning of this episode, Sultan Haji Sahib tells Sahib that now all danger is over.

Haji Sahib says to me, “Now tell me about my son, where is he now?”

Haji Sahib says that if he came here, the state would be in danger.

“I’ve been away from my son for so long,” says Litan.

So that the state is free from all dangers.

Then there is a lot of talk between the two

Finally, the Sultan said, “Bring my son to me, and this is my command.”

Then the sultans go back to the palace.

On both sides there are palaces with their soldiers.

On the way, they are attacked.They kill all these traitors with their bravery.

One of them seems to be running away So one of your soldiers goes after him and catches him.

But he is told not to follow her.He says I will bring it to him.

Then he tells his soldiers to get ready to go.

Unfortunately, only six soldiers were killed Yes And some spas are also injured.

The bar also has a deep cut on the arm.

Then they do not go to the palace.

After a while they reach the palace.

They call on the wise and heal the wounds.

Then he tells them the whole truth.

Then the Sultan says, “I think I have to do something with their heads.”

On the other side, a soldier comes to Rahab Sahib

He says that only one of our soldiers has come under their control.

We have to kill him and he won’t tell us everything.

Rahab Sahib says why don’t you do this yourself.

So the soldier who now says that the Sultan’s eye is on us cannot do that.

“We have less time,” he says.Send your troops as soon as possible.

On both sides he grabs the traitor and brings him to the palace.

On the way, Rahab sends his soldiers to kill him.

But he kills them all and then goes to the palace.