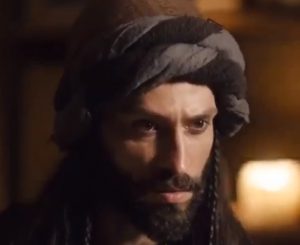 Malik Shah says those who do not deserve to be given.

The commander pulls out his sword and says you can’t leave without it.

Malik Shah’s soldiers are hiding there and they surround them.

Then the fight begins.Malik Shah is the head of this commander.

On the other side, a man comes to Sanger And he says that we also want to help you

“What can you do to help us?”He says to me, come with me.

Then they go with him.On the way, they stop in one place.

Sanjar asks why we are here Many soldiers come and surround them.

But he would still fall into their trap.

They understand that his belief is strong.

Then all the soldiers take down their weapons And he tells them that we were investigating the fire.

Then the man says you have passed the test.

Now you can walk with us.Singer and the soldiers go with them.

On the other hand, the Uruguayan catches a man He tells you that you will become one of the tribes.

He says that if the Seljuk forces recognize me, they will not leave me.

Then Urgus puts a dagger to his neck and says I will not let him do that.

The man says yes! On both sides, the women are watching the children.

At that moment, the doctor came and greeted him.

She is happy to see them And she said, “I didn’t come to KNEP, thank you for doing this.”

Sabib says these are the children she cares for.

Torna says yes!And they are happy to see Torna staring at him.

If the people in the area are confused, then Sanjar sees the opportunity.

And he says to his soldiers, “Speak up.”

A lot of people gather there.

In the meantime, the rich come here and give the head of the man.

Then there is harmony among the people.

Then the fighting starts there.Sanjar runs away from there.

But she sees it from the beginning.

There are only your brave soldiers and they kill all the soldiers.