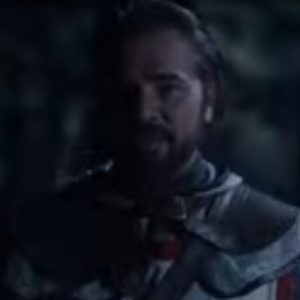 At the beginning of this episode, Khidr joined his soldier Niko With the help of Giovanni.

They would go to Peter’s house to pick up the book Are.Khidr gets that book.

But Peter’s soldiers know that Clay is angry.

Then all the soldiers Are found.

In the meantime Mr. Peter goes into a room with his soldiers.

Unfortunately, this is not the case here Khidr is found.

Then Peter says he will not save you today.

Then Khidr tells Jiwani that you should go for the book.

Peter says this asshole Yes, it will die too.

Khidr says to him, “Go, and with the help of the righteous, they will all be sent to hell.”

Then Peter says to his soldiers, Destroy them all.

Then the fight begins. Geoffrey runs away with the book.

Geoffrey says I am not afraid of you, Peter.

Then Peter says that you will be killed.

Then Peter and Jivani are killed.

Khidr and Niko together kill all of Peter’s soldiers.

Then Peter kills Nico from behind And it hurts.

In both cases there is a complete digestive tract.

Peter tells his soldiers to catch them and go to Laumer.

On both sides, Babar and Jawa and his soldiers are approaching Khidr.

Along the way, Peter and his entourage surround the Ba’athists with their soldiers.

Baba says that you talk too much.

First of all, let’s see how much money is in your arms.

Then the fight begins .

There are many soldiers who kill.

Then they start beating Peter and his friends, then only his soldiers come.

Then there are our soldiers who say that we do not have the time to fight them.

We have to get to Khidr as soon as possible. He is in danger.

Then the soldiers of Ba’ar-ur-J throw their bullets and all the smoke is washed away.

Which makes it easy for them to get out of there.