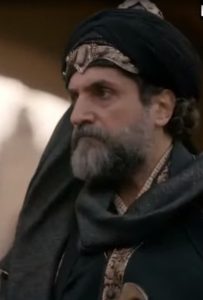 At the beginning of this episode, Nazarin arrives at Babar and Jawahar and Sheikh Sahib Alexander.

The two are discussing some important issues here and there.

I wonder where it comes from And he says goodbye to the people.

It’s up to you now.Then Arj says what happened, you are looking at me.

There are so many soldiers coming from inside And they surround them all.

Sheikh Sahib says how did you have such courage?

Then comes the new emir of Alexander the Great And he says I have given orders to him.

Then he says that you have been killed without permission.

You too can get out of here.

Sheikh Sahib says angrily Do you consider yourself superior to the fact that you are sitting on the floor talking?

Then they say that first you get down from your hole and then talk.

Karabe says if I am new then what will you do.

They then call their soldiers It will fall down again and all the soldiers will draw their swords.

Karabe says stop and he goes down again.

Then Sheikh Sahab says do you not know about the support of the state.

Then they say that the Sultan should have been sent from there.

Who knows the affairs of the state Sheikh Sahib, Karabe then they see the agreement

Which was between two or seven pillars.

It was written in the treaty that the Ottomans could not come here freely.

Then do it Aroj is said to have come from Alexander the Great And you have joined them.

Now you have disobeyed them.

“When we were in trouble,” says Ar-J-Sahab.

It is true that you lose their obedience and go away saying that.

In the process, a boy comes running to the top And she says that Dispina’s condition is very bad.

Sheikh Sahib says go to your family We’ll talk about that later.