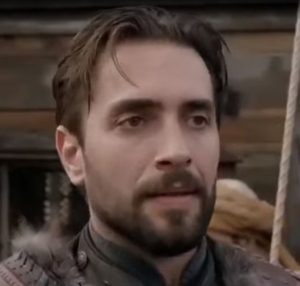 At the beginning of this episode, Khidr, Maryam, and his friends are being transported on a ship.

Khidr has doubts That this ship is not being repaired.

Nico says how do you know this ship is not going anywhere?

Khidr says I have been treated many times.

Then Khidr Tells the pilots where the ship is going.

The ship’s crew says the ship will not be returned.

Khidr says how are you? Will not go.

The soldier says that we will take you to the command of Peter the Great.

We are all Commander Peter’s soldiers.

Khidr says that Peter did not remember his first defeat.

Then they all draw their swords.

Call it the Lunamus Spa with your swords.

No one can save you now.

Then Khidr sees that those soldiers are too many in number.

Maryam asks Khidr, “What are you talking about?”

Khidr says, “Put down your swords.”

Khidr tells the soldiers not to hurt anyone.

The Kalmunospa tells the soldiers to bind them.

Khidr then tells Maryam that we cannot defeat her on the ship.

We have to defeat them on the ground.

Nico says how are we going to get to the ground.

Khidr says that We have to find a way.

Then Khidr says that if we break this ship, the ship will be damaged.

She did it again To do this, the ship will be anchored on an island.

They do the same thing again and they do what they want.

They land on an island.

There Khidr cuts the rope through a leaf He also opens the hands of his two wives.

The guards leave Khidr and Niko on the island.

And they say we don’t need you.

They are their soldiers They say let’s go for the girls and leave them here to die.

Then the fight begins.

They kill all the soldiers and save them.