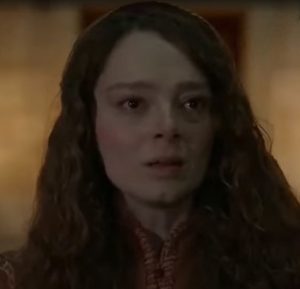 At the beginning of this episode, Nazarin gets the news of Ba’ar-e-Arj On which island have they taken Khidr?

The Arabs go to this island with their soldiers.

There is a lever du mojo. Riverwood is a very important source of fur.

Then a fight breaks out between the two of them.

Baba and his men together with their brave soldiers kill all the soldiers of Peter.

Then they go and take him out of the prison.

Then they do not move towards a solution.

When they do not move toward Alexander the Great.

It also closes the door.

Peter and Mary are talking on both sides.

The two are actually brothers and sisters.

They meet after many years.

The two of them are talking to each other.

Only one soldier comes in and says That Arjuna has invaded this island and he has been taken away.

In addition, they have taken Levardo prisoner.

Peter and I are very upset to hear this.

Then his son comes and says that a ship is seen near the solution.

Peter then orders his soldiers to go and rescue Riverwood.

Standing on the doorstep, Mary listens to all the talk and is very upset.

Then Peter and Mary come to Mary and tell her what happened.

Then he says to Mary: You and I knew about this and no one knows.

He asks her why she is suspicious of him.

Mary says no I didn’t tell you. Peter says okay.

Peter then says I will do what will make you sad.

That is why I am telling you first.

On both sides, Peter and his soldiers reached the ship of Ba’ar.

The lever is calculated from the lever.

Yaar Ali comes in and says that a ship is approaching us.