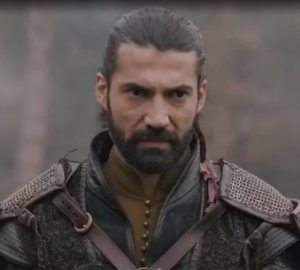 At the beginning of this episode, Khidr, Rais, and Raniko are losing their lives.

On both sides, Baba is waiting for the news of Khidr in front of the fort with his soldiers.

Each Khidr reaches the end of the ghar.

They see that there is a lot of fire and fire is burning.

There is a great deal of excitement in that.

I am very frightened to hear the voice of Baba Arjun.

Then they take them all out of there and they are going to be healed.

His army is fighting with them very bravely.

He says now no one can save you from me.

He then stabs her in the stomach.

He seems to be hit twice, then the arrow shoots at him.

The arrow hits his arm.

He runs away from there.

Khidr is then taken to the hospital along with Ar-Jaw and Ras.

He tells the sage to cure him and get well as soon as possible.

Then the sage looks at him and tells him that he has lost a lot of blood It is very difficult to avoid it.

He says nothing will happen.

My brother will be fine

Then the sage says you go everywhere and let me cure it.

Then they all come back.

Aroj comes to Agaris and tells him what happened.

Then he tells us that there is something going on between us.

Who has conveyed this news to them?

Because of this, we have suffered so much today.

We must first find out.

Only then will we be able to conquer this fort.

They say you are right.

We must first kill this traitor.