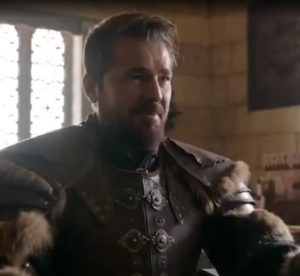 At the beginning of this episode, Nazarin, along with his soldiers, conquers the fort of Leviathan.

They kill Peter and his son.

Then Baba calls his soldiers Fort Ab belongs to the Muslims.

From this, we have sacrificed many soldiers What has been achieved?

Only Muslims have the right to do so.

Then a soldier stands on the fort and pays homage.

Then Khidr Piris goes to Andalusia with Nico.

Because the people there are occupied by the Kafurs.

They go there to be saved.

When they get there, they kill Fran.

Then, with great courage, they rescue their fugitive from there.

Then one of them is very grateful to all of them.

Then Khidr says we have to get out of here.

That old man says Where will you go Khidr says that we have acquired the Leviathan island.

It is now owned by Muslims.

You are here Will be Then they take them all and leave.

On either side of the fort, it meets the commander on both sides of the fort.

He tells her that it is now under our control.

He says that he will give us his food without a fight.

Franco tells him I won’t.

He says that we can win even through war.

But we want peace. Hope you like it too.

Pachar tells them a lot about themselves.

What are some of the things they need to know?

He says I will give it all to you.

Frank then falls into a trance and tells Arroyo How did you find out about these things?

Then he sees Arjuna Franco in all these things Things they need.

He is very impressed and says I will go back and force all my commanders to think about it.

Then Arjuna tells him to leave Franco to the ark.