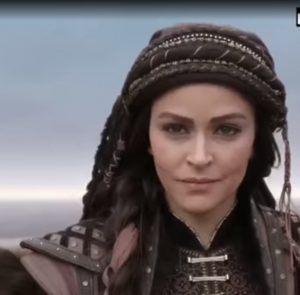 At the beginning of this episode, Khidr goes to take a ship with his soldiers.

The Qazis come And they say we will kill you first And then this ship will be taken away.

Khidr says the soldiers should be ready to kill them all.

Then there’s the big fight.

They kill all the Qazqs and send their commanders and many soldiers.

They are also killing them.

In the meantime, the ship of the pirates is attacked.

Khidr says someone is helping us.

Then they run away.

Khidr sees that this is the case with Shah Sanam.

Then she goes to Khidr’s ship And she says.

Khidr says yes we are all fine.

Thank you so much for your help.

Gabriel Arroyo and his soldiers are taken prisoner on both sides.

Then Gabriel says now you will tell me where the ship is And you will leave the island.

He says I will not tell you anything.

Then Gabriel says well then I will honor your soldier.

You will not be able to see it in honor.

Then you will tell everything.

Gabriel tells his soldiers to come for him.

The soldiers come for him and tie him up.

He says don’t do anything to him, do what you have to do with me.

Then Gabriel begins to pay homage to him.

He gives her a lot of respect which makes him very sad.

Then Gabriel says to his soldiers Prepare the courtyard for the battle and there will be a great battle.

Then Gabriel brings Aroj to the courtyard It opens up.

Then Gabriel says if you lose you will tell where the ship is And then they will leave the island.

In the process, they are confronted by two wild warriors.

They have weapons But Aroj doesn’t have anything.

Then they attack the two warriors And the battle begins.

He kills them with his bravery.

Seeing all this, Gabriel gets angry And he says to the soldiers Put him in prison.