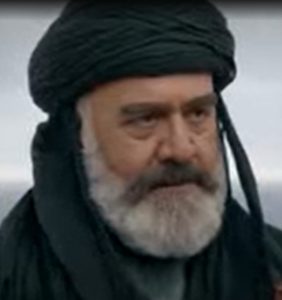 At the beginning of this episode, Nazarin burns Arzabel and Mary in Algiers.

The people there say you oppressed us Saved from.

They tell people to stay here and help us.

Then Arj says to Khidr that we have to stop this and end oppression.

Then Arj says that Jijal has been conquered and we have to rule over it.

Now we have to conquer Alzheimer’s as well.

Then, together with Khidr and Pierre, they plot to conquer Alzheimer’s.

Then the bubble comes to Aroj and tells him That day Diago has run away.

Then he says that wherever he goes, we will seek him and avenge ourselves.

Then he sends the man to the house by making him a luchi.

The man goes to Prince Saleem Tami of Al-Jazeera and tells him the message of Arj.

He tells him that if you do not stop the oppression, we will attack you and conquer Alzheimer’s.

Saleem Tami says I will not give you Algeria whatever you want.

Then the man comes back and tells the Prophet that he is not obeying.

“We’re going to attack Alzheimer’s in the early morning,” he said.

Then he commands Elias and tells him to get ready and start.

The next day, along with his soldiers, he attacked Algeria.

In this way, they rule over the Allies.

Then the soldiers come to him and tell him Where is the day or the night hidden?

Then he tells Khidr to go with Pir and Murad and grab him and bring him.

Then he says I have a little work here and I will do it and follow you.

the people with Alzheimer’s into his net and entices them.

They get caught up in the lure and work with others.

The plan is to trap a person.

Then they act on his orders.

He is not on the island with his troops.

A man comes to me and tells me That some soldiers have attacked and are killing people.