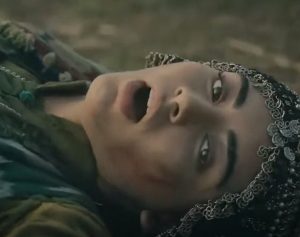 At the beginning of this episode, Osman goes on a boat with his soldiers.He gets word that Gregor is near the redwoods.

He sends Jer to take Tae from him as his friend’s soldier.

Osman goes to the place he told him with his two other soldiers.

And every year, Gregor is being pushed to Osman’s side.He asks the priest, “Where are we going?”

The priest says that after searching for him, the police also search for him and say that he has a spoon.

And there are many clans on it.They grab hold of people and tie them up and throw them into the water.

On the other side, Uthman sends his soldiers and says to go and see, those people have not come yet.

The soldier goes to see them. When he reaches there, Padhariya and his soldiers

are on the boat and Jarir is nowhere to be found.He gets upset and comes and tells Osman.

Then Usman says to his soldiers that there is a problem and we have to leave soon.

Every foothold is attacked by the Mongols.

They did not want to be held by him and taken to their head.

Meanwhile, Uthman reaches there and their fight begins.

In this case, it is also possible to find the jir.

Then everyone starts laughing.

On his way to the head, his soldier comes to him and tells him that the priest Gregor Cove has been taken.

Ruga then gets angry and tells him not to do it.

Then he says go get ready and I have to go to Nicolá.

He has spoken on invitation.Then he goes to Da’wat and there is also a cess on him.

When he sees you, he looks at you and says, “What’s wrong? You’re looking very worried.”

Ruga then says that today is a very bad day.

Ko Sisapne says to his friend Nicola, Ajaruga, so he is very confident.

Niko says I don’t know why this is faith.