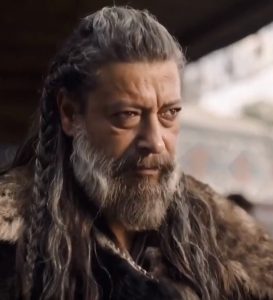 This is what you have to say, don’t you remember it?

The day has come. It is time to declare our heir

Then they go to their room, they call their ministers and chiefs to them and say to them that every human being is mortal, she will go, so that is our state.

When the time comes, we will also return to the Almighty, so I, Sultan Muhammad Tughluq, son of Sultan Mikael

I am announcing my successor to avoid any mischief in the state just as the express arrives at Multan.

And tells them Byzantine infidels have attacked our border tribes

They killed children, women and old people without mercy

And he tells the whole matter to Sagri Sahib Sagar Sahib says we are starting preparations from now, we will be merciful by morning

In the morning, all spies are ready And they leave after taking permission from Chaudhry Sahib

Which is to be delivered by Sulaiman Sahib to the Sultan Mr. Salman, they forget

On the other hand, when Chagai Sahib finds out that he has forgotten a lot, he Alp Arslan Alp Arslan sends pictures of the house Goes after Sultan Sahib with his soldiers

On the way, they see that Sulaiman Sahib has been ambushed and attacked

They start attacking these infidels with their soldiers and kill them. One of them they capture alive and bring them to me.

When the soldiers reach the mail, they find their soldiers wounded, the sultan gets worried and asks what happened, who did it?

When the soldiers reach the mail, they find their soldiers wounded, the sultan gets worried and asks what happened, who did it?

Then Arsalan tells them that they were ambushed I reached at that time and killed their soldiers Sulaiman Sahib says how do you know that we are ambushed.

Then Al-Ruslan tells that you have forgotten the letter that Baba gave you for the Sultan. He asked me to deliver this letter. When I arrived, you were ambushed and attacked.

Then Sultan says that the injured should be taken to the hospital Then Al-Ruslan tells his soldiers to take this traitor to prison and ask him on whose orders he made the attack.

Then he comes and breaks the arrow. He smells the wood. Then he comes to Sultan. Sultan asks if this traitor told anything. Al-Ruslan says no. Sultan. He didn’t tell. But we will find out. Says how will you find out Alp Arslan says The arrow they waited for managed

He is found only in the city of Ghazni Sultan says, “What do Ghazni want from us, why will they be hostile towards us?” Gaz Alp Arslan says I will go and check with my sister

I will definitely go and ask him who could have done this, give me permission, Sultan says, I want the person who did this, dead or alive.

Alp Arsalan says ok, I will give you time till evening then Alp Arsalan goes to the inn with his soldiers and they start eating at the same time a sage comes to Arsalan. And every Muslim starts talking to this Babar Shah

They kill this bazaar soldiers eat why did you.