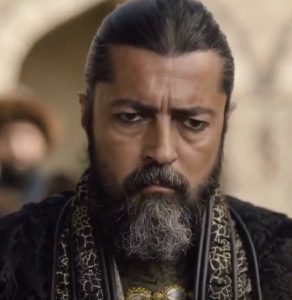 At the beginning of this episode, the viewers go to the forest to collect each rose.

At that time, you were in the jungle She goes to take sheep’s milk in the

forest for the treatment of Chaghri Sahab.

The king used to look into the forest are.

They both chase after him.

Akacha Kha To Ne Bhadye makes a noise so that he can smell it.

In a little while, Bhar comes behind him.

On the other hand, while going to his tribe, he hears the voice of the wolf.

He comes to the forest.

He sees a wolf standing next to Aacha and he seems to have killed it.

Acha stops her. Then she sees that the sheep’s feet are injured.

And then she says to him, I will help you and you, in return, help me.

Then she applies ointment on his wound.

She then kills him instead.

Then he burst out He leaves.

Lipperslan says what are you doing here.

She tells that I am from this day and night for Chagiri Sahab
I will make two.

Then they come to two new tribes.

Acha Kha then heals and begins to heal.

Alipar Siljan says to the Khan, I heard my father is sick.

It is possible not to take it.

Then they go to their father and call him.

But he did not lose his eye It comes in a dirty manner.

She prays to Suljana Khan and says that it will bring peace to him, Inshallah.

Then Silja Na Kha To Na She Dwa Cha Ghari Sahab turns pale after some time they open their eyes.

Then all the people are very happy and offer duas to Aa Kacha Khan.